At the end of the 1950s, open two-seaters were so popular that Mercedes-Benz redesigned the 300 SL (W 198) - a roadster was created that became very popular.

It is one of the sports car icons par excellence in automotive history - the Mercedes-Benz 300 SL. As early as 1947, when Germany was still in ruins, the Board of Management of Daimler-Benz AG was planning representative vehicles and an internationally competitive racing car. The result was the presentation of the new 300 state limousine in the spring of 1951. And a few months later, the Executive Board decided to build a new racing sports car based on the new 300 type. 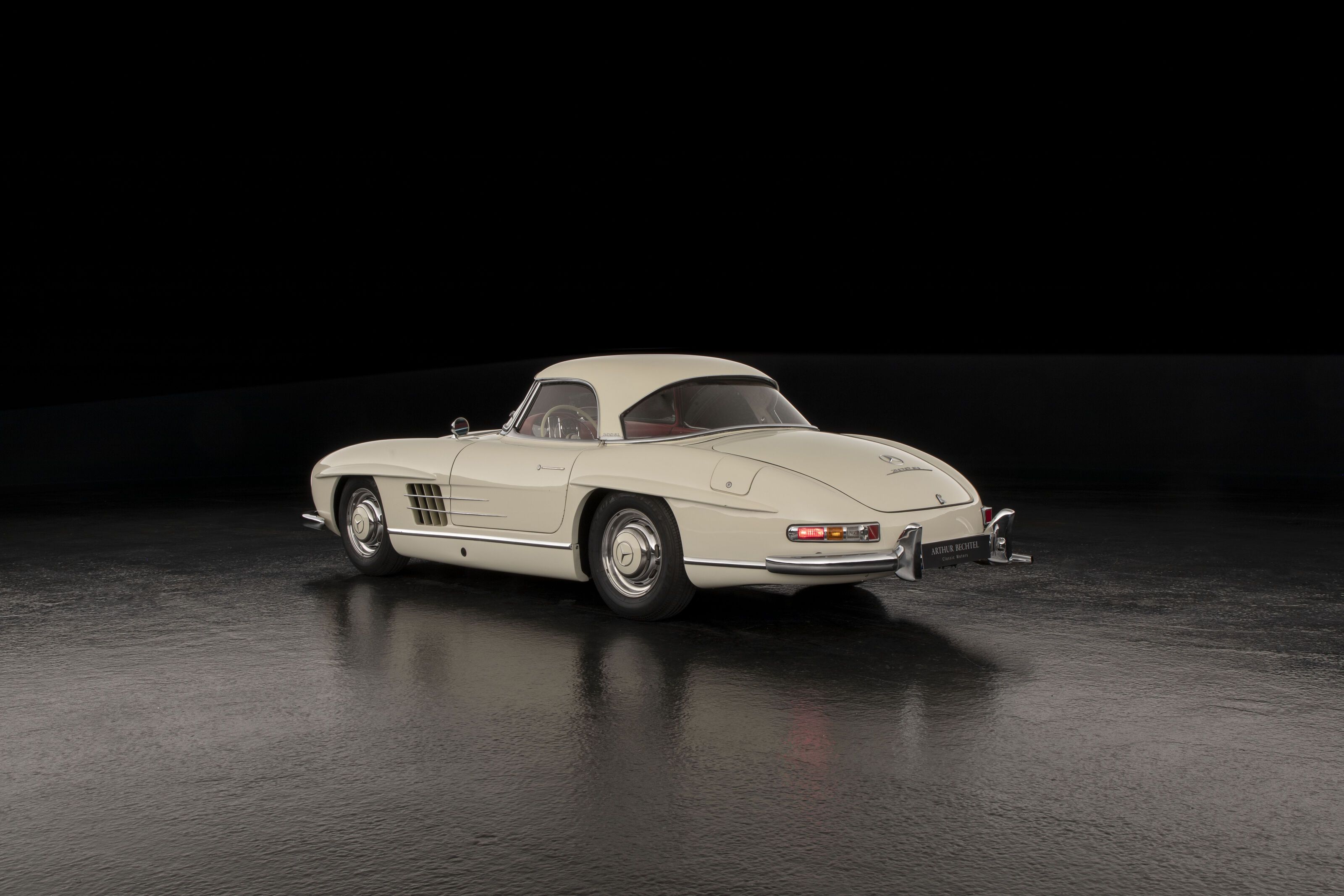 The 3 liter engine was further developed for use in sports cars. By installing three carburetors, larger air funnels, a sports exhaust manifold and a number of other measures, the power finally increased to 175 hp. The famous tubular space frame, which weighs only 40 kg, has been completely redeveloped and is fitted with an extremely streamlined, hand-carved aluminum body. All chassis elements and also the slightly modified brakes and the four-speed gearbox were almost completely taken over from the 300 sedan, with the exception of small changes. 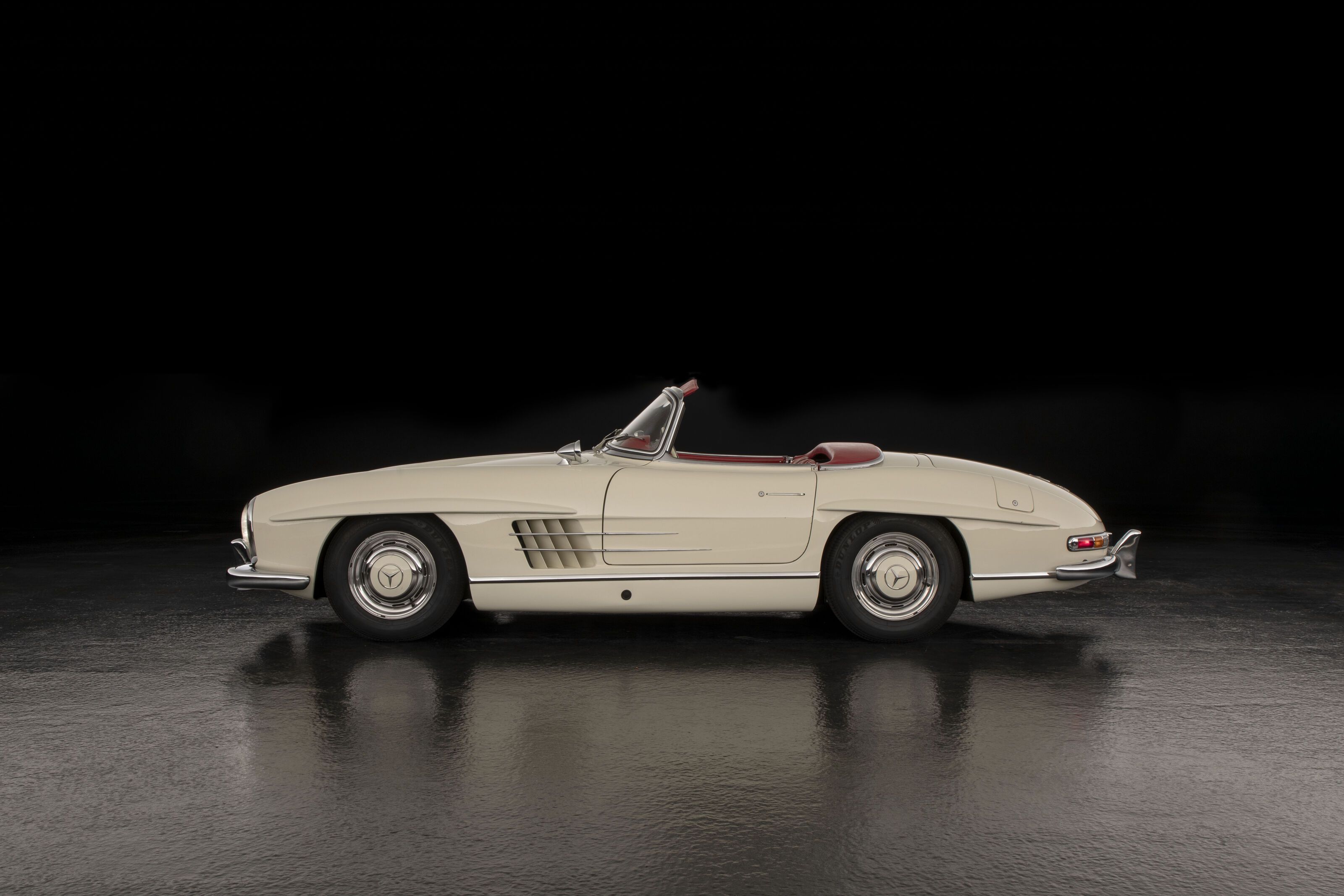 And with this new SL they started the new racing season in 1952. A total of five races were scheduled for 1952 and by the time the season was over the new 300 SLs had won four of them and by the fifth they were second and fourth! The sensation was perfect! 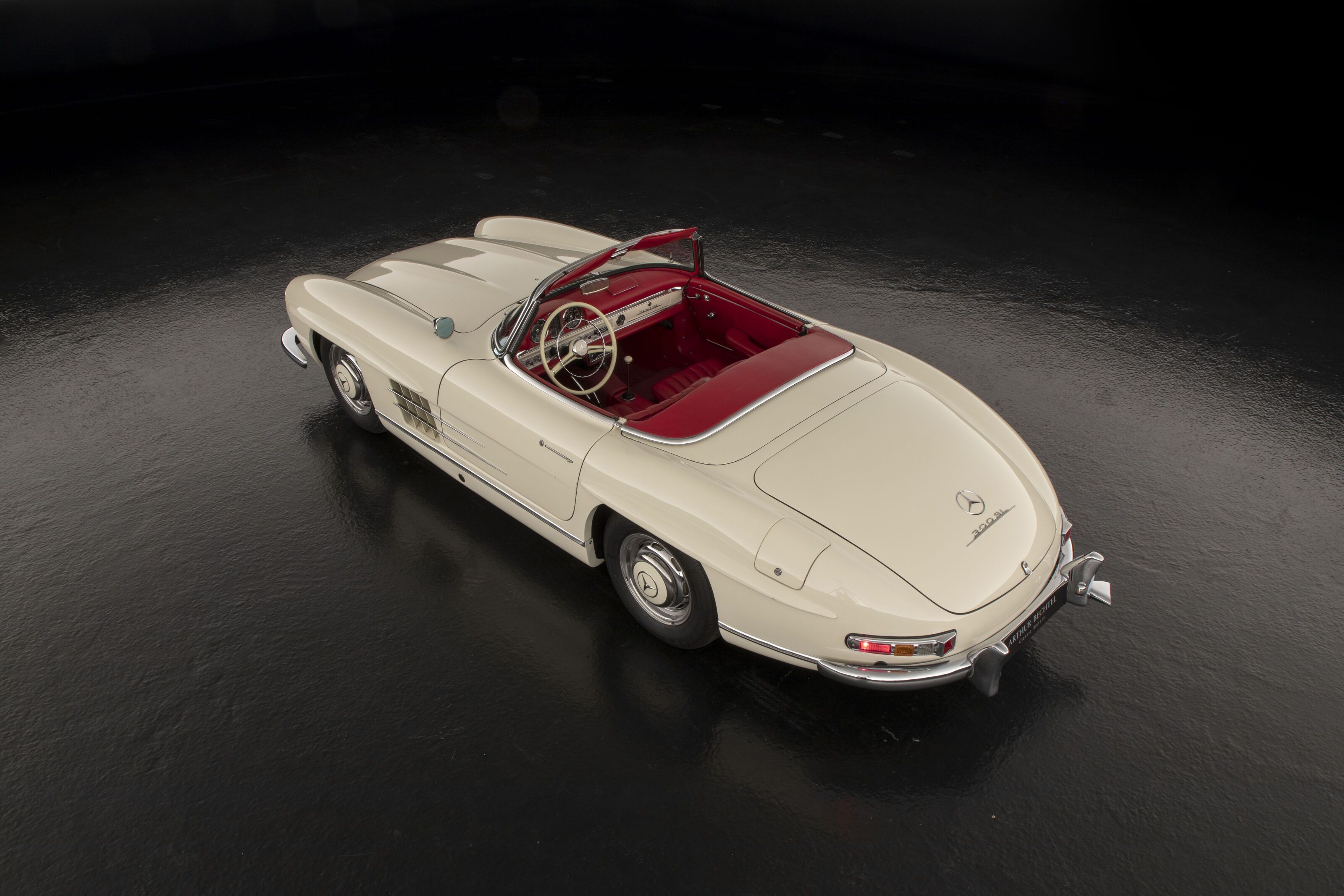 This triumph aroused the desire of Max Hoffmann, the most important Mercedes-Benz importer in the USA at the time. When he was invited to a board meeting in 1953, he suggested building a production sports car based on the successful 300 SL. The decision was made shortly thereafter and just 6 months later the new 300 SL super sports car was presented at the International Motor Show in New York in February 1954, along with the cheaper 190 SL, which was intended for larger series production. 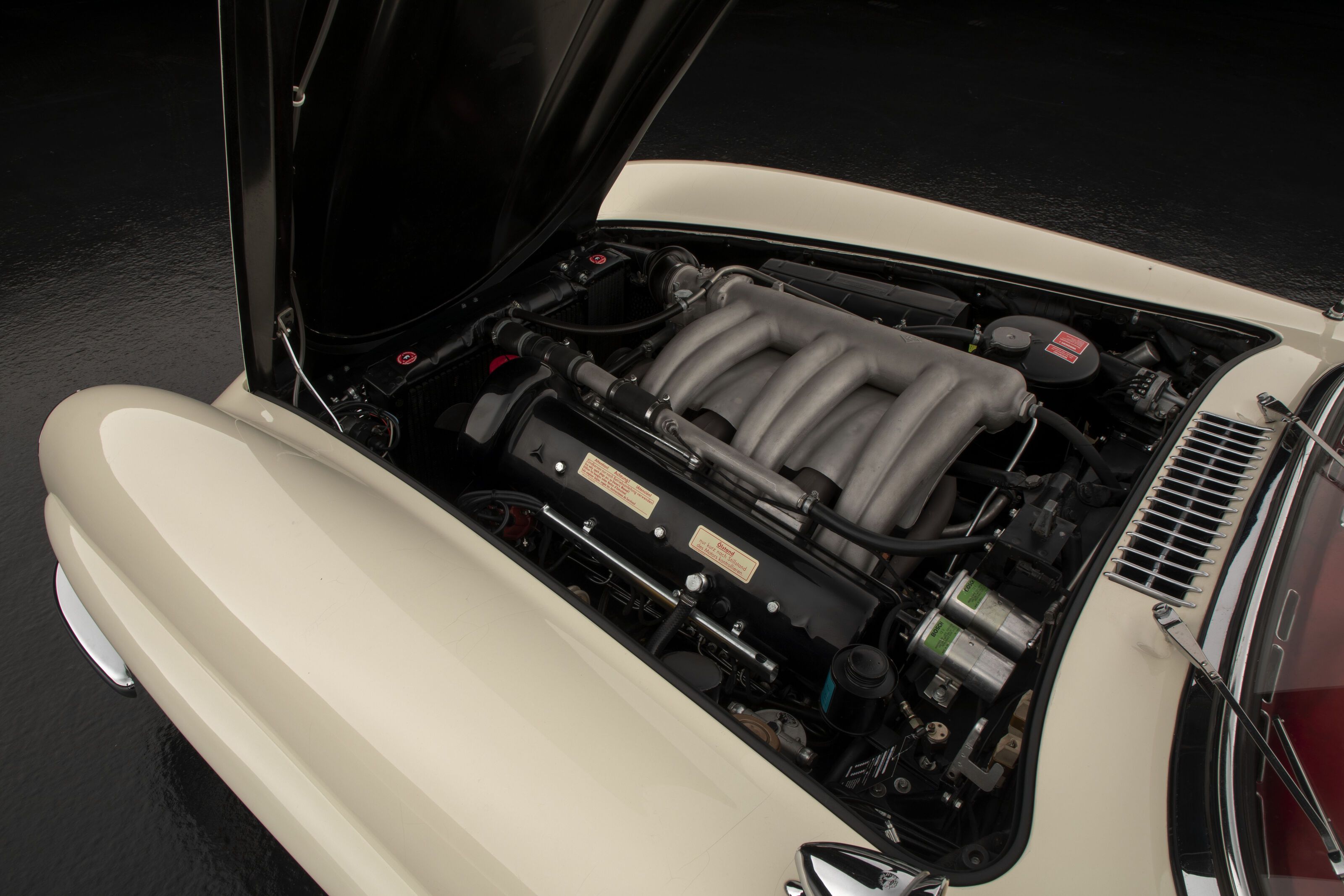 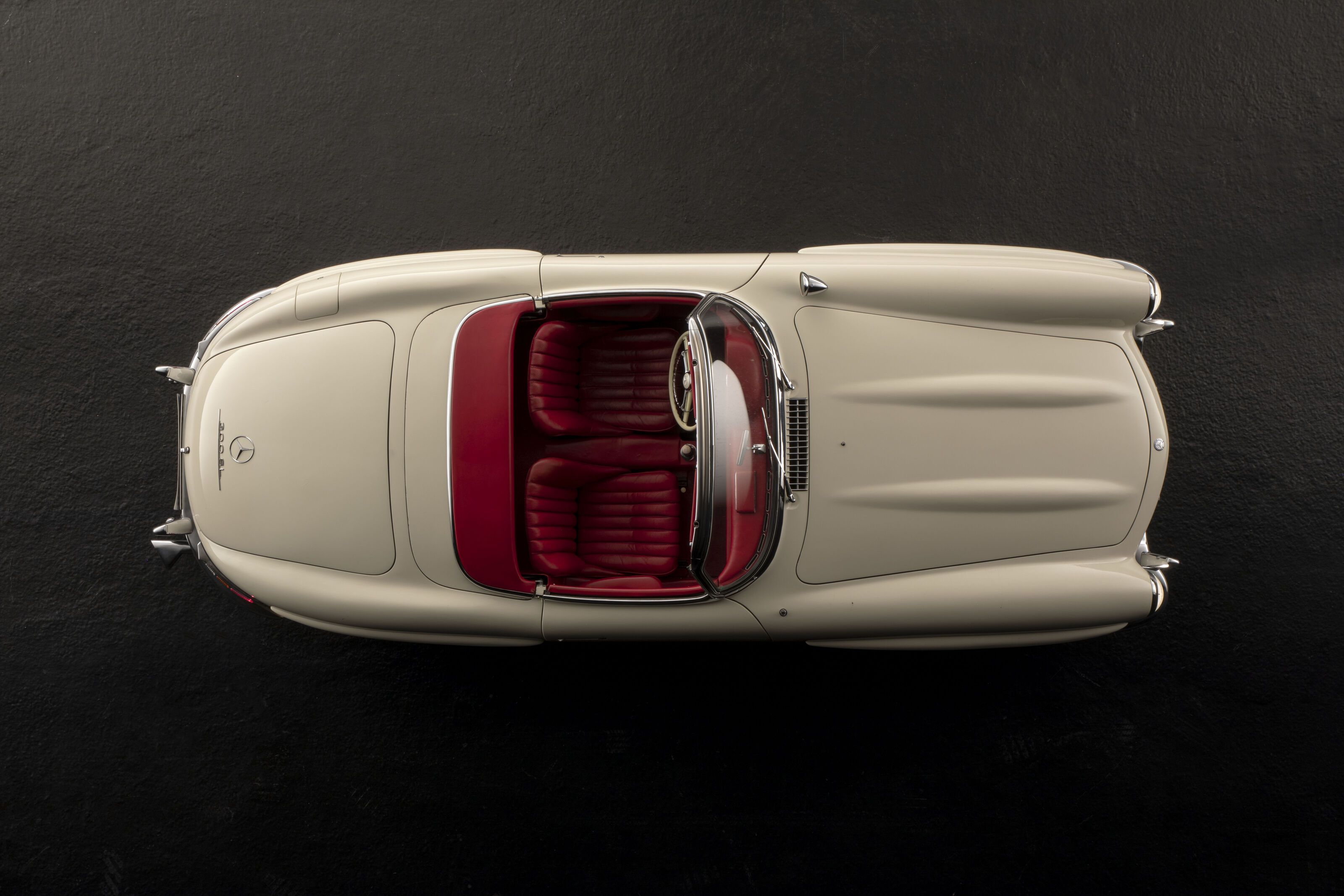 Both cars were a great and legendary success and a synonym for a creative and self-confident new start for the Daimler-Benz company in Germany, which was still ravaged by the war. As a gullwing or roadster, the 300 SL is one of the best-known automotive design icons today and was voted "Sports Car of the Century" by the readers of Motor Klassik in 1999.